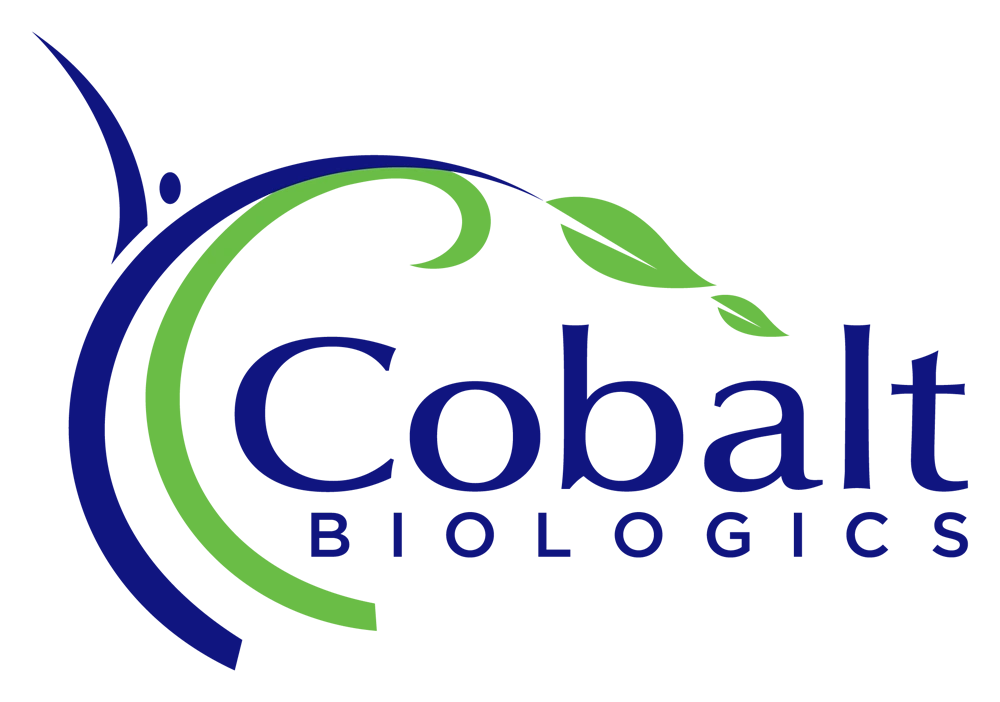 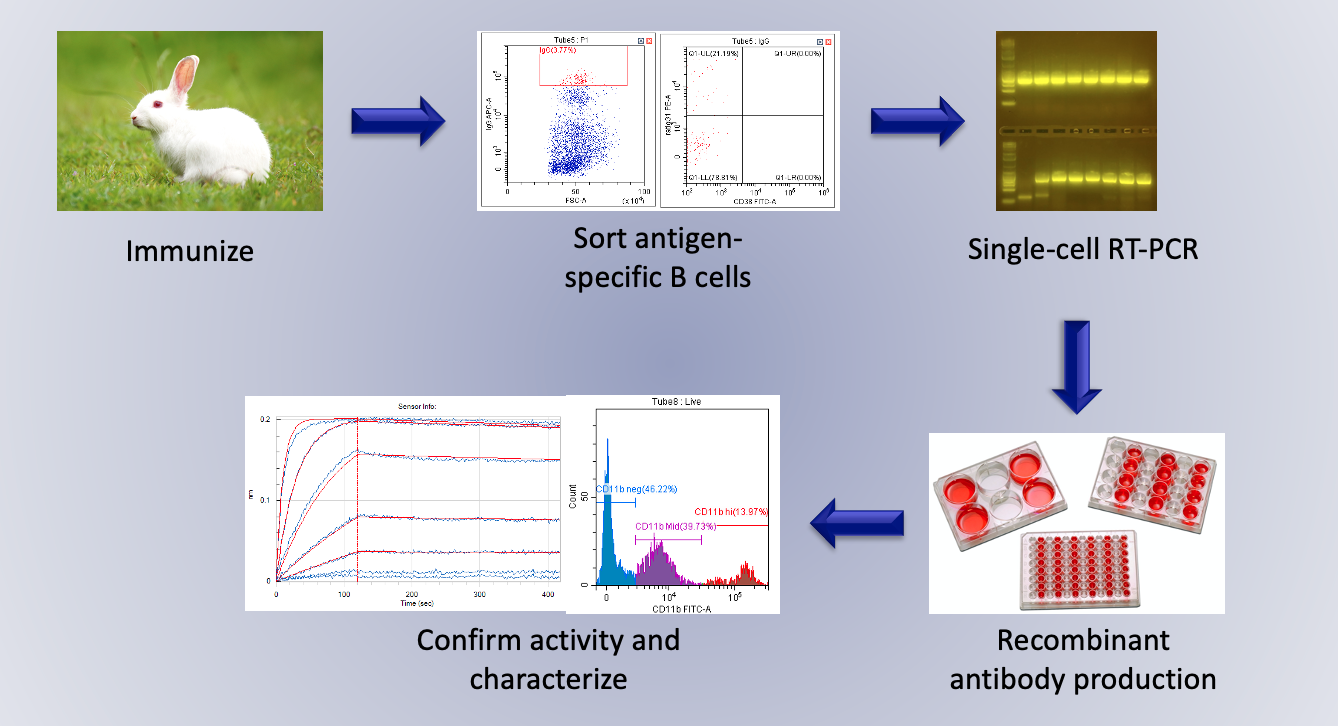 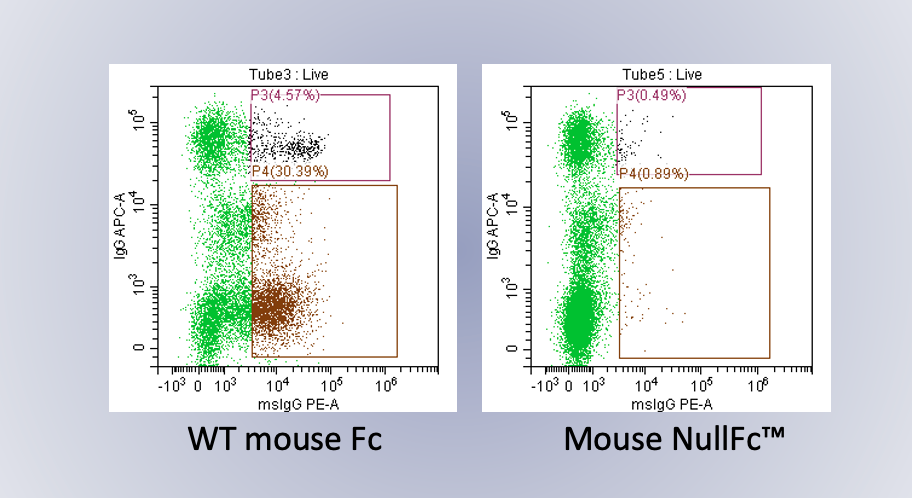 Since our antibodies are recombinant, they can be engineered with specific modifications which are not possible with traditional hybridoma methodology. One example of this is our antibodies that have site-specific biotinylation. We can engineer in a biotin acceptor peptide which results in biotinylation at a specific residue, and this site is typically placed far from the antigen binding domain so that every antibody retains full binding. We can control the exact location and number of biotins added to an antibody. This is in stark contrast to other vendors’ biotinylated antibodies which are typically randomly biotinylated and produce a heterogenous mixture of undefined antibodies containing an unknown number of randomly situated biotins. This can render many of the antibodies in the mixture as completely non-functional as the binding sites can be obscured or blocked by the random biotins. Our site-specific biotinylated antibodies produce 100% homogenous, fully functional antibodies with precise, defined biotinylation that also doesn’t change from lot-to-lot.

The good thing about science is that it’s true whether or not you believe in it.

No products in the cart.